Shortly after being expelled from Dooligan’s Hamlet the halflings of the tribe known as Cobblefoot found themselves with so much of their culture and heritage lost. While many in their grief fled to the lands of men and elves a select few decided it was time for a new start and became wandering nomads looking to gather the wisdom and knowledge that they has lost in the libraries and studies of their former home. A new philosophy took root among this tribe, the students of this philosophy came to be known as the Order of the Empty Tome. They forsook the “way of the word” as they call it and refuse to write down any of their teachings. The order teaches that once knowledge is written it ages like any other thing and will whither away in dusty tomes rather than serving the practical purpose of the people who wrote it. All of the teachings of the order are passed down orally from master to pupil and it is believed that this way is superior, as it allows the next generation to edit and adapt the teachings of old to solve the problems of their time. All throughout the order’s existence there has been a bubbling hatred of the vampire overlords, and information that could lead to their end has always been sought after. With news of the Overtaken making significant gains against the fangs, the order has put their most talented martial artists into the fight.

Thimpleton is a part of the most recent generation of the order and has wandered the wilderness since the day of his initiation looking for various artifacts for the order as well as wisdom to pass on to his future apprentices. In the many years of his travels he’s seen many places across the world and his disgust for the practices of the fangs has proven to be too much for him to stand idly by and accept. The moment he heard of the plight of the Overtaken he volunteered in a heartbeat. 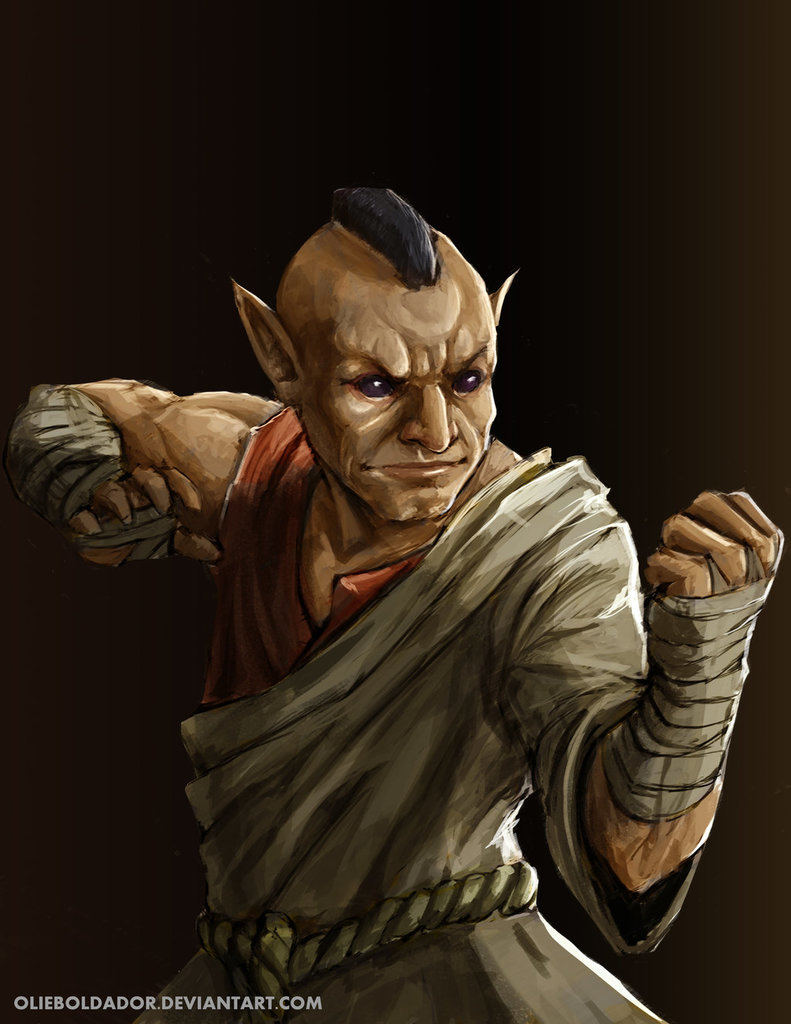