The creepy guy with the foul mouth

Attire: Wears black half plate and a navy traveling cloak, carries a shield, has a few daggers in his belt, but rarely uses them. Carries a pouch for all of his spell components, as well as a pouch for the eyeballs of things he has killed.

In a tavern bedroom in Coldbay, with the help of a midwife, a young black haired woman gives birth to what seems to be a stillborn boy. She spent her last coppers on this room and the midwife was only helping out of the goodness of her heart. All for nothing. The moon elf she had met nine months ago had long since left, she barely remembers his name. Holding the stillborn and crying she pleads to any god that may be listening to heed here cry for help and return the only thing she has left to her. Through her tears she hears a soft whimper in her arms. She looks down to see that the baby has started to breath. She looks down and the baby looks up at her and opens its eyes. The boy’s eyes are a milky black that slowly fade back to white with green irises. The baby coos. She notices he’s still cold to the touch, but very much alive.

Six years later……”Tanya Ridgewood, you’ve run up quite the debt. 1000 gold pieces due last month.” The house of gold clerk looks across his desk to the fair black haired common woman across the desk from him. Her young son sitting in the chair next to her. “Please sir, I’m good for it. I have 150 today, and a job finishing next week that will pay 400! All I need is a little more time!” “Ms Ridgewood, I’m afraid your time is up. You’ll pay with either your blood or your gold, and it seems your all out of gold. Your son will be put in an orphanage, you have no need to worry about him. Tanya looks at her son thinking back on all the memories they’ve created in the last few years, it’s been them against the world. All they have is each other. His strange powers have been getting stronger year after year, allowing them to go after larger and larger hauls. His powers won’t get them out of this though. “You promise he’ll be safe? How long will I be in the farm?” “You have my word. You’ll be there as long as it takes, that’s for the house of blood to decide.”
“That new child disappeared in the night headmaster, what do we do?” “I’m sure we will have a new orphan tomorrow. Don’t worry about him, his mother won’t be coming back. She’s been taken by the house of blood.”

Ten years later…..“Well Mori, I’ve got two jobs at the moment. I think with your set of skills you’re better suited to tie up some loose ends left over my crew’s last heist. We had some witnesses.”
“Innocents? Or…”
“Innocents”
“Well, no one’s truly ever innocent are they? The Raven Queen sees them all the same. What’s the pay?”
“1000 gold for all 5”
“The discounted rate? So you’ve got information about Tanya?”
“I do, she’s in Blood Saught, they moved her closer to Velvet City.”
“Damn. If I had known they were moving her, I could have intercepted. Well thanks for the information old friend.”

The Half Elf known as Mori was working as a hired killer in Cold Bay, taking contracts from just about anyone who would pay. He has done some work for the assassin’s guild, but even they had rules. Mori became well known in the criminal underground as the merc with the mouth for all the dumb shit he would say on jobs, more often than not his mouth got him in trouble.

Ever since his mother, Tanya Ridgewood, was taken by the Fangs he has been trying to keep tabs on her whereabouts and her well being. Most of the money he earned went to bribing members of The House of Gold and The House of Blood to keep her alive until her debt is paid. Whether those payments have helped he has no way of knowing, but it helps him sleep at night to think he is helping

For having such a horrible childhood, Mori has an extremely cheerful demeanor. He takes solace in the fact that his “work” sends souls to The Raven Queen, the God that he thinks gave him his life at birth. Mori also enjoys pranking those around him and making jokes.

Mori really only cares about three things: Saving his mom, robbing a train, and becoming The Raven Queen’s Will in the Prime Material Plane. He see’s the rebellion as a way to accomplish all of those things. He is deeply concerned that the rebellion will tear itself apart unless some ground rules are put in place. This is a large departure from the way Mori has operated in the past, but he understands that if you are trying to accomplish something bigger than the sum of its parts some freedoms must be given up. 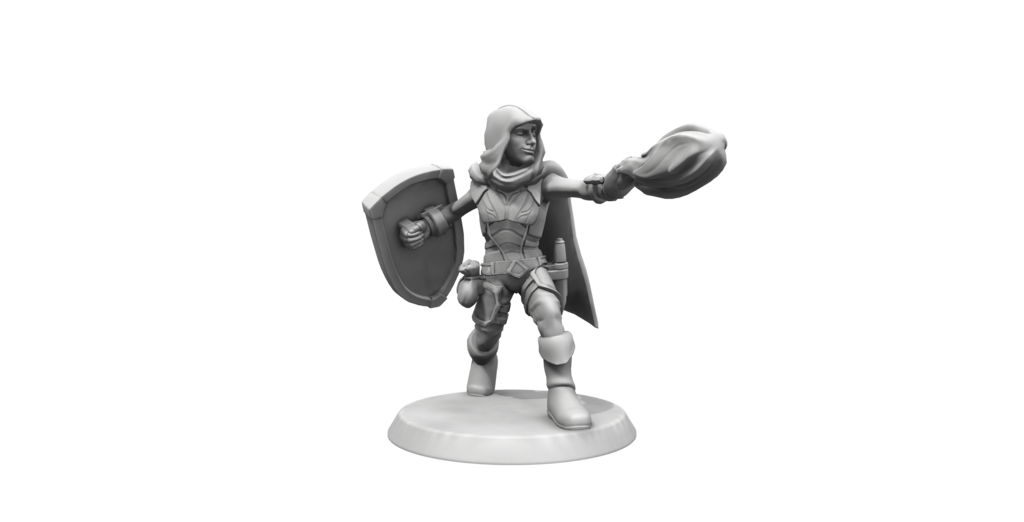