A young elf eager to take vengeance against the Fangs

Blonde Hair with a large bang down the right side of his face. There is always a different colored streak depending on the his Eladrin mood reflects in the morning. The rest of his hair well groomed. He wears armor on his chest with a armor skirt below his belt. He has a black cloak with etchings of bat near the bottom and runes that line the inside.

He has one pauldron on his left shoulder and chin guards over sandals. He has a Glaive and a Shield on his back. On his belt he carries a small dagger and a sword in a red decorated sheathe.

Around his neck is a platinum amulet with a beautiful dragon carved into it. 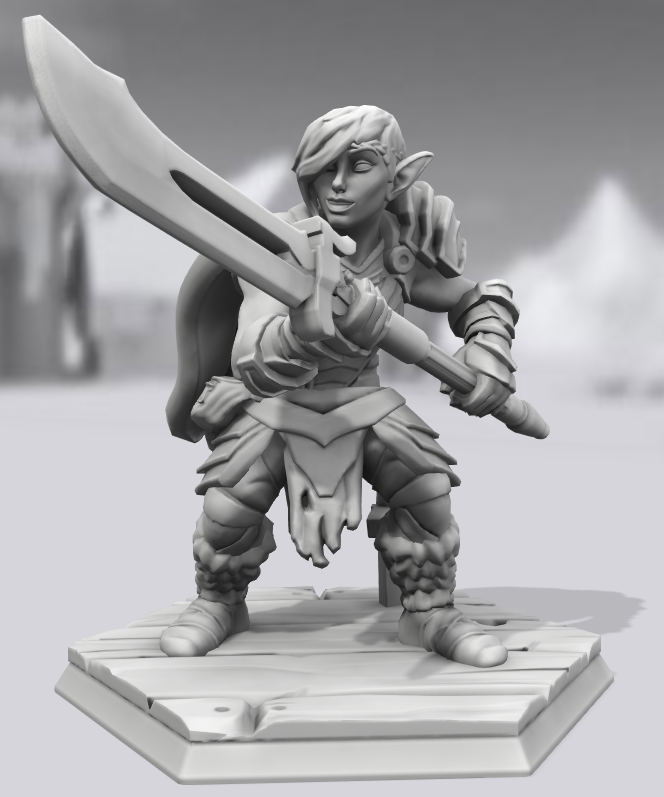